As promised, I am introducing some new topics tot the Virtual Hot Tub for 2014.  To begin, an excursion into the world of toys is presented here for you.

For this very first Toy based post, here are some pictures of the Bat Mobile and Captain Americar.  These were produced by Mego in the 1970’s.  Both are from my collection and have been in my possession since the early 80’s.

Mego were one of the leading toy companies of the 1970’s.  Amongst their most popular lines were the World’s Greatest Super Heroes: 8 inch action figures of popular comic book heroes with cloth costumes.  They produced lines of both DC and Marvel characters, meaning you could create epic adventures spanning the properties – such as Thor versus Green Arrow.  Or Hulk versus Batman.  Or anything else you could imagine.

Alas, my Mego super heroes are lost to the mists of time, scattered into broken fragments.  All I have left are these two vehicles, and some great memories.

Modelled after the Bat Mobile in the classic Adam West sixties television show, this vehicle can carry both Batman and Robin into action. 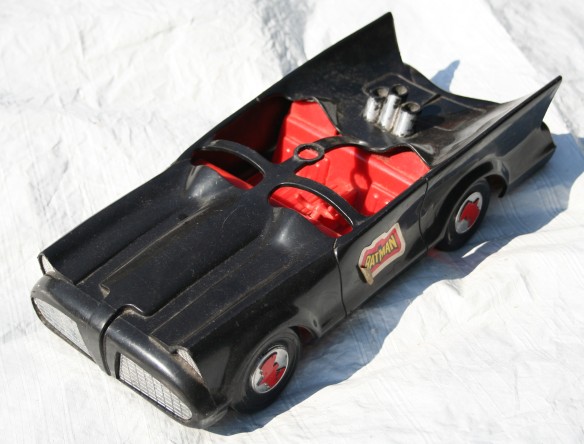 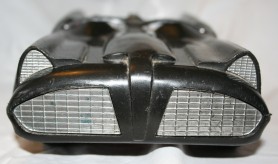 Captain America’s car.  See what they did there?  The cool feature on this vehicle is that Cap’s shield on the front of the car is thrust forward with the flick of the switch, to knock bad guys off their feet.  Or your sister’s Barbie dolls, whatever. 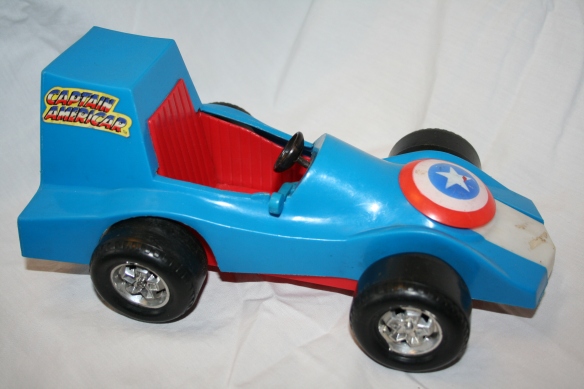 As I no longer have the heroes to go with these vehicles, they may well find their way onto Ebay in the future.  We shall see.

Check out the Mego Museum here.