Although I don’t remember that much from the 1970’s, I remember the important stuff.  Like the Six Million Dollar Man.  And Starsky and Hutch.  And Kojak, the Dukes of Hazzard, Raleigh Choppers, and Spangles.  Oh, and some obscure film called Star Wars.  I don’t remember Bowie, T.Rex, Zeppelin, Sabbath or the Pistols.  Or skateboards – that would all come later.

One thing I do remember from those days was Evel Knievel.  Mostly because my friend Justin had ALL of the Evel toys.  He had the wind up stunt cycle, a rocket bike, even the very cool and fully equipped Scramble Van.  The van had loads of tools inside to fix up Evel’s Harley Davidson stunt bike.  I loved those toys (though I couldn’t be envious, I had plenty of Action Man and Star Wars stuff of my own).

Evel Knievel was an icon of my childhood, right through into the 80’s.  I don’t even know if I saw any footage of him performing any of his stunts.  I didn’t need to.  The name Evel Knievel became another word for daring, for bravery, for facing fear.  And despite the numerous crashes that the real Evel suffered, his name became a synonym for mastery of the most dangerous stunts – or obstacle – that anyone could face.

Evel Knievel was the ultimate in motorcycle stunt riders.  More than that, he became a real life superhero – able to take on the most lethal challenge and survive. 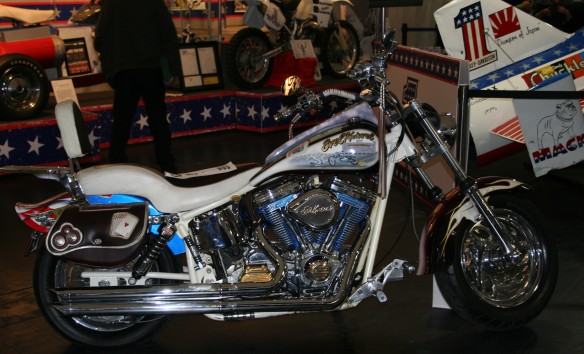