Here’s a random image from the toy collection here at the Virtual Hot Tub.  I’ve had this guy since the early 1980’s, I think I picked him up from a jumble sale.  No idea who he is.  At the moment, he’s been rescued from my parent’s loft to end up in my daughter’s toy box.

Standing approximately five inches tall, he is only articulated at the arms and waist.  He looks kind of Japanese, but he’s too old to be Power Ranger.

Is he from some cool proto-anime cartoon or television show?  Or is he just some odd cheapo rip off designed to appeal to kids who love space toys?

If you know who this guy is, please get in touch and let me know. 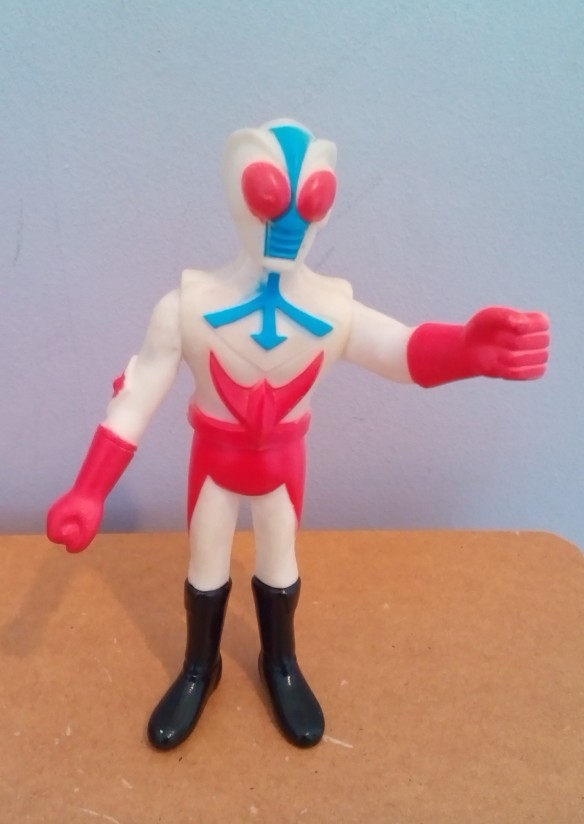 2 thoughts on “Who is this Random Space Toy?”