When I was a kid, a day trip to Rhyl was a major event.  It was exciting.  The drive along the bottom road through Flint and along the coast was a drag, though.  It seemed to take forever.  One game we all used to play was “who can spot the Fun Ship first?”.  Sooner or later, the huge white abandoned carcass of the Fun Ship would appear – and the first person to shout was the winner.

The Duke of Lancaster has been moored near Mostyn for as long as I can remember.  Once it was a popular tourist attraction, now it’s a relic.  Adorned with graffiti like the tattoos of an old sailor, now land locked.  Will it be sold for scrap?  Or will it be saved? 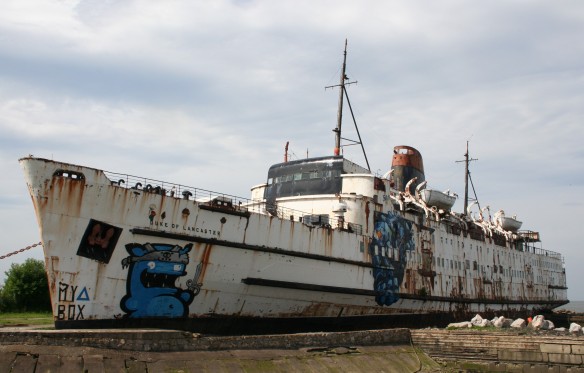 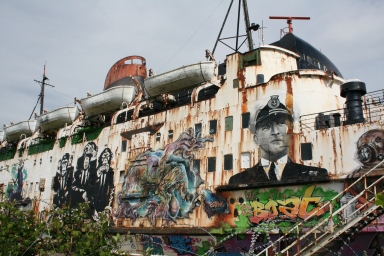 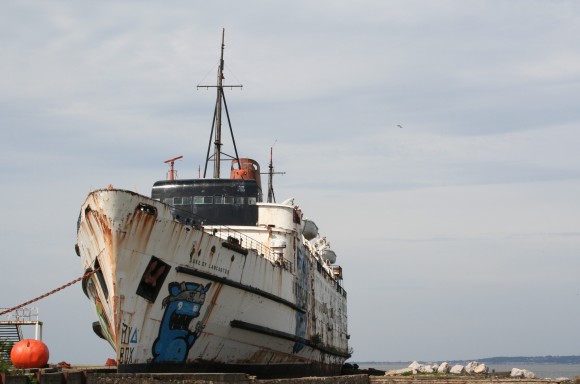