Micronauts were originally cool Japanese toys that were picked up in the USA and then in the UK too, where they were marketed by Airfix.  A fantastically designed selection of sci-fi toys in the late seventies, Micronauts were endlessly playable and very cool.

There seemed to be loads of different variations, all intriguing and very desirable.  The premise was that the toys were interchangeable; they could be built and re-built into numerous designs.  In this way Micronauts toys inspired imaginations and creativity.

The first Micronaut toy I ever had was a Time Traveller, who was the basic start off figure.  I later found out that there dozens of similar characters – such as Space Glider and Acroyear – that were also available.

At times it seems as though the Micronaut toys were infinite in number, though I don’t remember that much being available in toy stores.

As a keen Star Wars fan, my collecting was focused on the Kenner line of action figures back in those days.  However Star Wars would help consolidate my fascination with Micronauts, too.

Marvel comics in the US picked up the Micronauts property and started creating stories featuring characters based on the toys.

In turn, this series started to appear as a back up strip in the weekly black and white Star Wars reprint comic, published by Marvel UK.  With engaging stories by Bill Mantlo and wonderful art courtesy of Michael Golden, I was instantly smitten with these tiny heroes.  The Micronauts became an instant comic favourite, and soon I’d manage to pick up the American colour comics when and where I could. 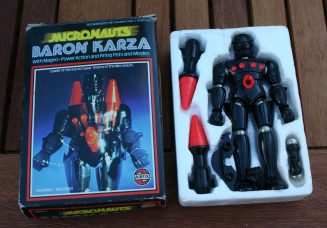 The unique idea with Marvel’s Micronauts was that when they emerged from their home, the Microverse, onto Earth, they were still only small.  The team of heroes are, in a novel twist, the size of action figures.  They interact with numerous Marvel superhero characters in their fight against the evil Baron Karza.

Unfortunately Marvel no longer have the property rights, so we’re unlikely to see the Micronauts appear in a movie.  Which is a shame – they would be awesome as guest stars in Guardians of the Galaxy.

Maybe, with Disney’s financial backing, that could change.  Some characters were derived specifically by Marvel, rather than the toy line, so there’s some possibility there…

Enjoy my (limited) collection of Micronauts toys.  For more information on all things Micronauts, check out this site. 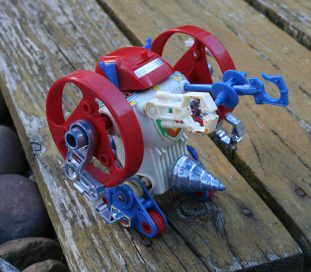 Microtron with all the trimmings 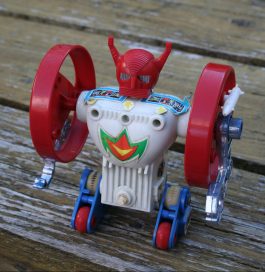 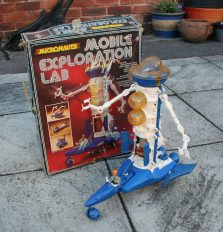