I love pinball.  The lights, the sounds, the graphics – all so exciting.  I can take or leave arcade games (and I don’t even own a single home gaming console), but there’s something irresistible about playing pinball.

It’s just so damn cool!  I mean, The Who didn’t write a song called “Space Invaders Wizard”, did they? 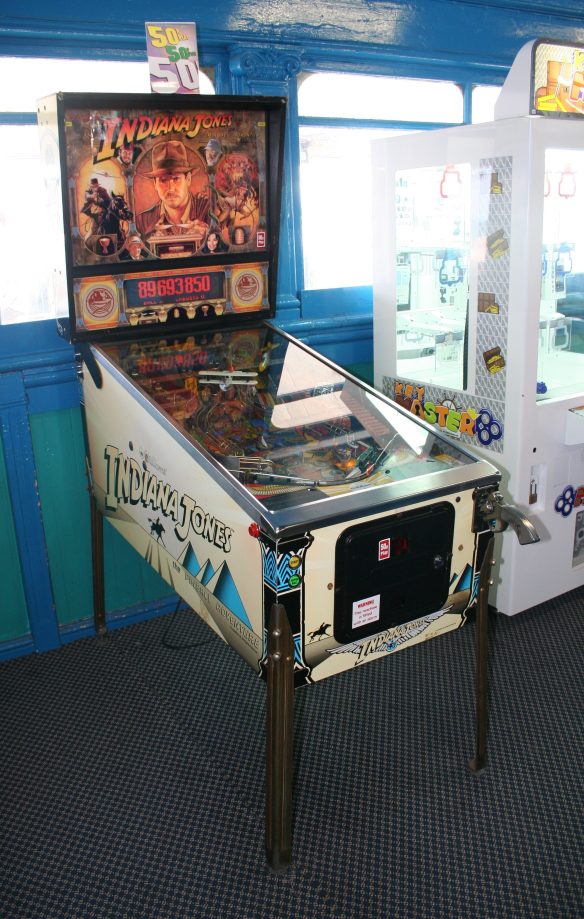 Sadly, however, pinball machines seem to be disappearing from sight.  My usual silver ball haven – Rhyl – which has several amusement arcades, used to have a handful of pinball tables.  Now I don’t know of any pinball machines in the town, and some of the arcades are shutting down too.

It seems that the lure of the table is no match for their more modern arcade game competitors.  Pinball is going the way of What the Butler Saw machines and Punch and Judy.  Though bizarrely, the penny waterfalls and fruit machines are still in rude health.  Why, I just don’t know.

The Indiana Jones table shown here was photographed five years ago, in the amusement arcade at the end of Llandudno pier.  By 2017, it wasn’t even plugged in, it just stood there like the sort of forgotten relic that Indy would go in search of.

This year, it had disappeared altogether.

A real shame – it was a cool game that had great playability, as well as looking fantastic.  Check out the ball launcher for a start – it’s shaped like Indy’s pistol, and when you fire it, it makes a gunshot sound!

My quest for pinball machines will continue.  I know they’re out there, waiting to be rediscovered. 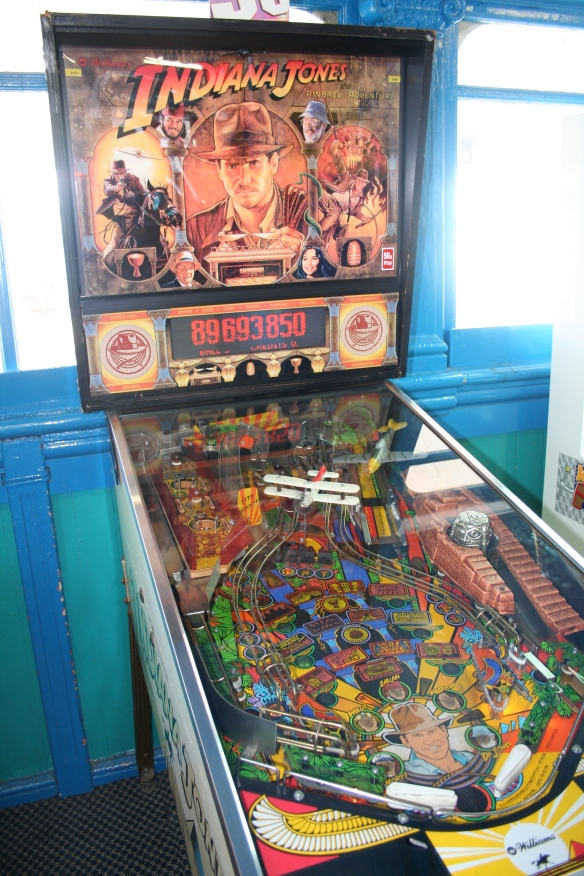