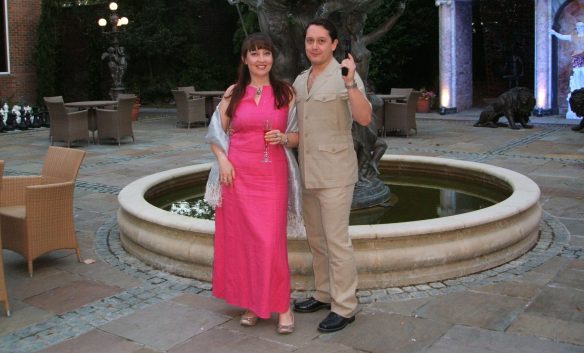 Buckle up, compadre – this is gonna be a wild ride…

In this first STYLE instalment, let’s take a look at a classic male garment that’s sadly no longer seen as regularly as it should be.  Once an absolute essential for everyone from International Playboy to game show host, this forgotten wardrobe requirement is overdue a reappraisal. 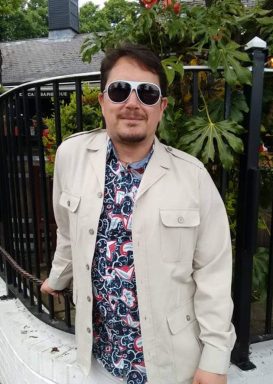 The Safari Jacket: easily identified by the pockets – usually four; accompanied by epaulets and often a belt.  These features were originally military in design, with the aim being to hold supplies.  Lightweight and comfy, yet also practical and smart, it offers the ideal jacket for the adventurer in warmer weather.

The greatest exponent of this style is the late Sir Roger Moore.  As secret agent James Bond, 007, Moore was seen in numerous films not just in the de rigueur dinner suit but also several different Safari suits.  When you factor in his appearances in The Saint and The Persuaders, we have one of the legendary purveyors of this look.  No one is more stylish than Bond!

Roger Moore was my inspiration for adopting the Safari jacket, but let’s not forget many other stars who wore these garments.  Christopher Lee; Clark Gable; Clint Eastwood; Francis Ford Coppola; Richard Attenborough; Sid James and others in Carry On Up The Jungle. 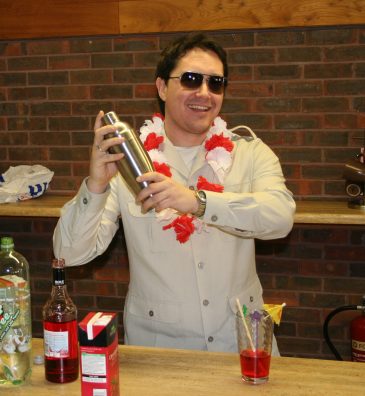 Though the jacket is inherently macho in its Hemingway bravado, we’re not celebrating the hunter with this look so much as paying homage to those heroes of 70s and 80s film and TV.

I often team these jackets up with a light shirt – Hawaiian for that extra Tiki vibe – though plain works fine.  As these photos attest, I have even gone bare chested underneath said garment in warmer climes (not something I would recommend style wise).  Alternatively, try adding a cravat for that final touch of class.

The Safari jacket: whether it’s cocktails or action – this is the summer jacket for you. 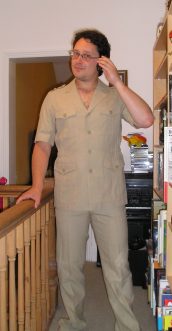 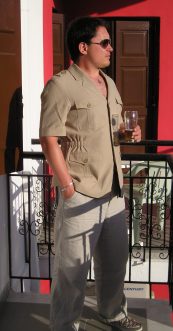 1 thought on “STYLE: the Safari Jacket”