Not one, but three album reviews for you this week: Re-released by Heavy Psych Sounds, these three albums from Dozer are back and bouncing.  Here’s my review, as it originally appeared on Ever Metal and now here for your perusal:

Don’t you just love it when you find a new band to obsess about?  Music so awesome, so perfect that it just lights up your life.  Well, Dozer have filled that gap in my existence recently – I can’t believe how I endured without them before.  Though these three albums are all reissues from the early part of the 21st century, so fuck knows what I’ve been up to for the last 20 years.  Seriously, what was I doing back then that meant I missed out on this?

Hailing from the wonderful land of Sweden, a place which must have some kind of genetic master code for musical excellence, Dozer are a mighty stoner rock collective delivering heavy, intense and groove laden tunes.  I don’t know how or why the Swedes are so good at this – is it the long, dark winter isolation?  The never-ending day light in summer?  Agnetha Falkstog’s tight pants?  There’s something magical happening there, that’s for sure.

Italian label Heavy Psych Sounds have done the world a remarkable, philanthropic favour by re-issuing these three albums by the band.  And, praise Tony Iommi, on beautiful, sexy vinyl too.  This really is a wondrous, benevolent gift to bestow upon us. 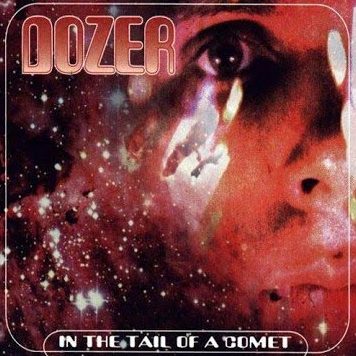 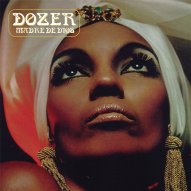 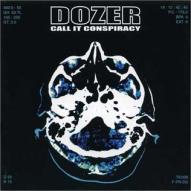 So, what does the music sound like, you ask (at least you do if, like me, you were clueless enough to be unaware of Dozer previously)?  First album “In the Tail of a Comet” (8.5/10) erupts into beautiful, head nodding, rolling riffs from the off.  Layers of fuzzy, psychedelic invention and heavy rhythms usher us into their world.  A particular highlight is the finale, “High Roller”, where although the band take their foot off the gas a little, they create a trippy, vast soundscape to get lost in.

Nay-sayers may choose to point out Dozer’s obvious similarity to Kyuss; hell, even singer Fredrik Nordin sounds like a carbon copy John Garcia.  With their second album, “Madre de Dios” (9/10), that influence becomes less pronounced as their own creativity develops.  This second album seems more brutal, more aggressive.  It doesn’t take long, however, to reveal more textures and experiments with the formula – see “Earth Yeti”.  Album number 2 is a faster, heavier, punkier version of Dozer – yet still expanding on the desert rock template.

By the time we get to the final album of this reissued trio – the immense “Call It Conspiracy” (9.5/10) – Dozer have developed their own sound and personality yet further.  The Kyuss/FU Manchu influence is still there, but Dozer have grown into something of their own.  This album is the heaviest, most “metal” work – but still creative as it stretches those stoner boundaries into new, warped shapes.  Whether it’s full throttle rock’n’roll with lead track “The Hills Have Eyes” or groove laden head-nodder “Man Made Mountain”, there’s much to explore here.

Gushing praise, indeed: but if you, dear reader, are a fan of the crushing riffs, unrestrained groove and sonic washes of stoner/desert rock – these Dozer albums are highly recommended.  Tune in, turn on and explore these revived classics now.

Check out Heavy Psych Sounds on Facebook and on the interweb here.