Let me start this post with an apology.  The “Tat” section of the blog, where I feature items of questionable taste that I have collected, has been severely neglected of late.  The last Tat article was in May 2015, and that was the only one that year.  It’s about time I made amends for this terrible oversight.

It’s not like I’m lacking in kitsch crap to showcase, there’s plenty.  So let’s start 2017 with a fresh effort to celebrate garbage – after all, it seems that the useless and ridiculous are all the rage right now.

Description: a tray which supports a plate of food, with cushioned area underneath to rest on the users lap whilst eating a TV dinner.  Featuring a delightful picture of a group of meerkats. 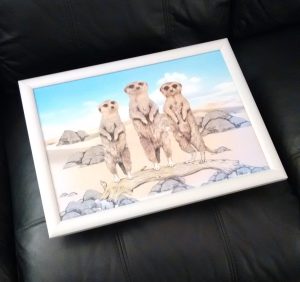 Reason for buying: this item was actually bought by Mrs Platinum Al.  But as it’s in the house, I’m claiming it as an entry for Tat Trek.

Yes, not actually an item that I bought, but never the less, part of the scenery chez Platinum Al.  Seven quid is a bit steep for tat, even for me.  And it was from Charlie’s in Shotton, rather than Rhyl.

Even so, this fantastic item features one of the great tat icons of our age: the always popular meerkat.  For that reason, if not the fact that TV dinner trays are a bit naff, this item is proudly part of our Collection de Tat.

Last summer I paid a visit to the American Classic Car Show at Tatton Park.  This was back in early July 2016.  I promised some more photos of the amazing automobiles seen on that visit, but didn’t get round to sharing – until now.

We’re in the grip of miserable January right now, but it was a fine summer’s day when we went to the car show.  My apologies if these shots remind you of warmer, brighter days.  But just look at those cars! 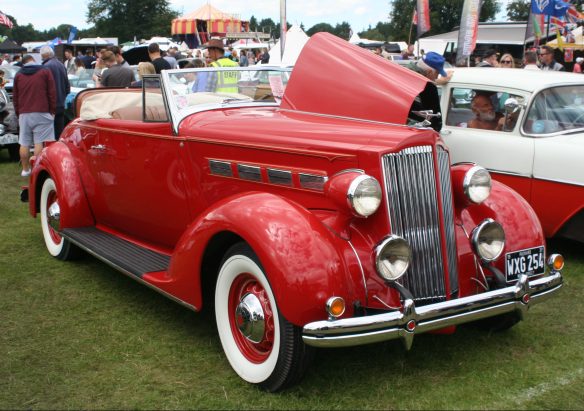 On display were all types of classics, from 50s chrome and fins to 70s muscle cars and beyond.  I always enjoy spotting vehicles similar to those that appeared in some of my favourite films and television shows. 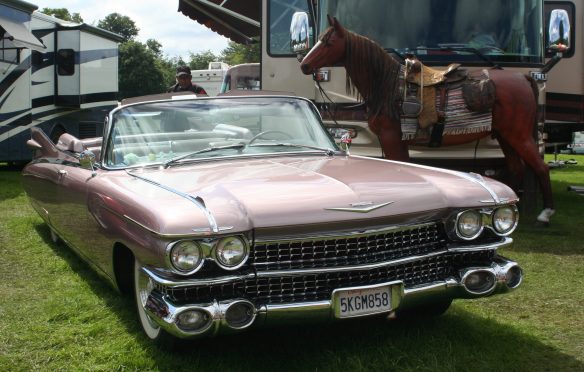 The car show is loads of fun with plenty for all the family to enjoy, with food and drink, music and entertainment, not to mention shopping – in addition to the cars on show.

A trip to the Stars and Stripes American Classic Car Show is highly recommended!

Hope I haven’t repeated any of these photos in the earlier post.  You can see the previous post here. 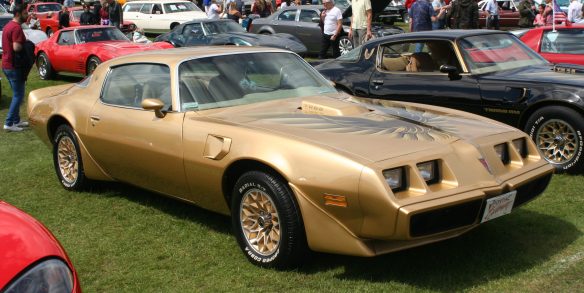 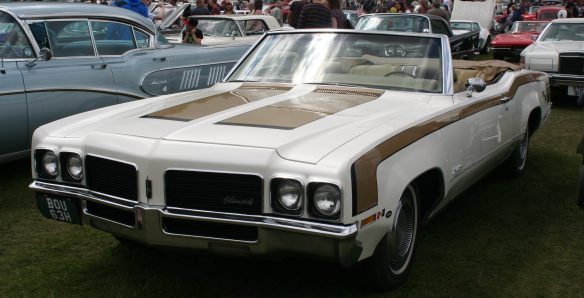 The sensational General Lee from The Dukes of Hazzard.  Loved that show, and I love Dodge Chargers!  Apologies for the flag. 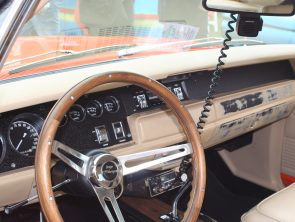 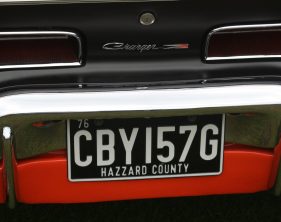 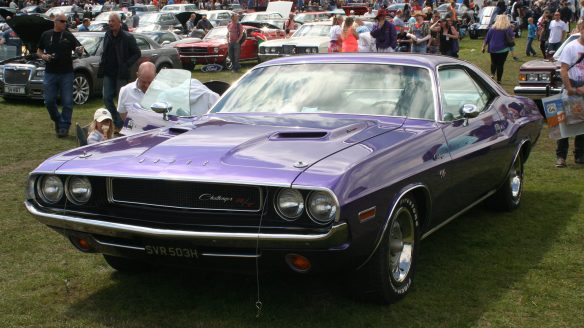 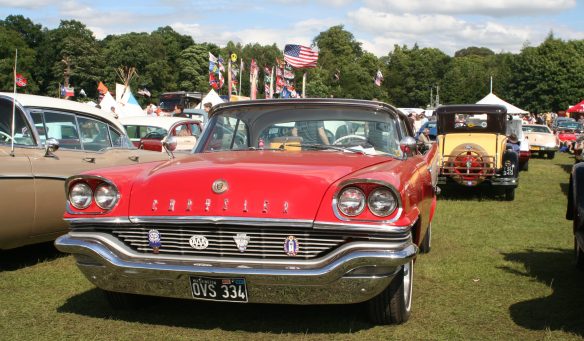 Below (in white) you’ll see a Ford Galaxy 500 – as immortalised in song by the awesome Reverend Horton Heat! 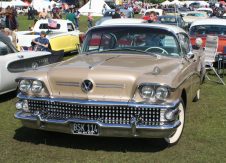 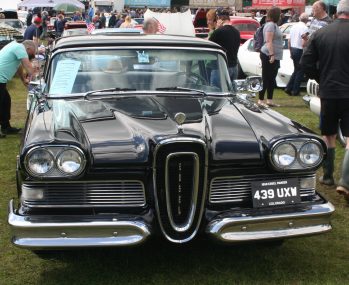 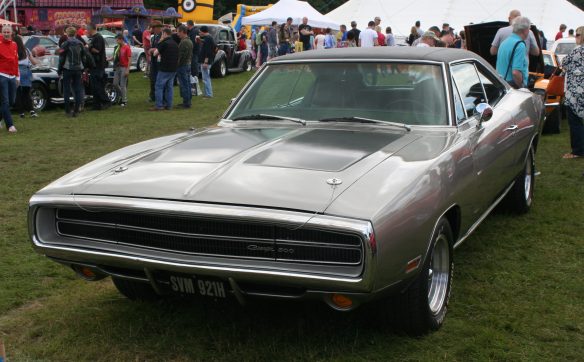 It was a hard slog of a shopping trip, but luckily there was a safe haven awaiting us.  Despite the crowds outside, a warm welcome would be found at Piccolino; a chance to recharge and enjoy some great food.

I’ve been to Piccolino before, but not for a while, so this lunchtime treat was very satisfying.  The staff were very helpful and we immediately felt relaxed.  All four of our party – including a six year old with fussy tastes – were looked after very well.

Here’s a brief over view of the food I enjoyed.

As it was lunchtime, we didn’t bother with starters as such, but ordered some garlic bread to share.  This Pane All’Aglio was served with tomato and basil – essentially a tomato sauce – and was delicious.  Especially popular with our youngest member.

For my lunch proper, I ordered Fusilli Puttanesca Con Pollo – a pasta dish, with chicken, tomato, olives, chilli, anchovies and capers.  I was looking forward to this dish, and I wasn’t disappointed – it was superb.  Not just any old thrown together pasta meal, this was exquisite.  I was very impressed, even better than expected. 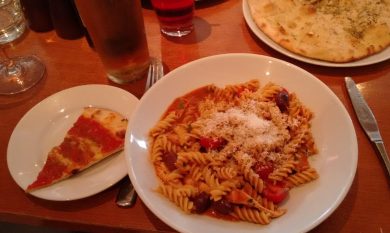 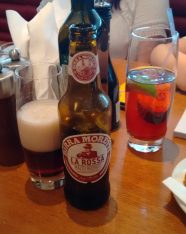 Mrs Platinum Al ordered a pasta dish also – Farfalle Al Salmone (probably just because it had my name in it).  Joking aside, this was also very good – I had a sneaky try to confirm.  I would happily order this meal myself on my next visit, if not for the fact that my Fusilli Puttanesca Con Pollo was so damn fine.

The little ‘un had a cheese and tomato pizza – that’s a Margherita to us professionals – and she destroyed it.  The pizza proved very popular indeed.

I’d had a cheeky beer (Moretti La Rossa – excellent), and decided to splash out on a dessert.  This was not a mistake, no sir.

I was tempted by some ice cream, and made a radical choice.  Despite not being much of a fan of coffee, I chose the Affogato – Amaretto, espresso and vanilla ice cream.  This was presented more like a cocktail than a pudding, with the ice cream covered in Amaretto and a shot of espresso to pour over the top.  This was an amazing dessert – I still have dreams about it now! 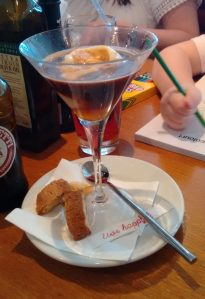 A fabulous time was had by all of our party at Piccolino.  The food was divine and service perfect.  To top it all, our little girl had a great experience and we’d happily return for more family fun.

Check out he Piccolino menu here.

2017 at Platinum Al’s Virtual Hot Tub promises to bring you more of the great features you love, plus (hopefully) more in the year ahead.  But before I get all carried away and storm straight into new adventures, let’s take a moment to reflect.

Last year was a hell of a crazy ride.  But what Virtual Hot Tub blogs got you steaming hot?  Let’s take a look at the top ten most popular posts in 2016, in reverse order…

The tenth most popular post in 2016 was this golden oldie from 2013, featuring one of my old 1980’s skateboards.  Skate nostalgia is obviously popular stuff, with internet searches keeping this article in view.

Up next was the second part of my report from Wales Comic Con in Wrexham from May, with loads of cool cosplay photos.

In March 2016 I went to see Heavy Metal Bee Gees tribute act Tragedy, at the Live Rooms in Chester.  It was pretty popular read (even the band liked it).

Back in February 2016, I posted some photos I had left over from the previous Sci-Fi Weekender in March 2015.  Again, loads of interesting cosplay pics – plus a bit of comedy.  This was a warm up for the 2016 event.

The next most read post was this blog about my snowskate, made by Santa Cruz skateboards, originally posted in winter 2014.  Internet searches kept this this one popular again this year.

This write up of the excellent Greek taverna in Chester, posted in May 2016, has been very popular.  The most read food post all year by far, I hope it helps bring them some business, because they deserve it!

The first part of my report from Wrexham Comic Con was far more popular than the first, which came in at number 10 (above).  I don’t know why this part was better received, as it features the same style of cosplay pics.  Perhaps it was the pic of yours truly as Tony Stark that did it…?

Another skateboard blog, this July piece featured text and photos of another 1980’s classic, in this case my Santa Cruz Street Creep reissue.  Rad.

The second most read article on my blog in 2016 was the first part of my report from Sci-Fi Weekender.  The cosplay pics made it successful.

So what was the most popular blog post, with the most views, at Platinum Al’s Virtual Hot Tub in 2016?

It can only be…

Yes, the final episode of our adventure at this years Sci-Fi Weekender convention was the most popular blog of the year.  Loads of photos of fantastic cosplayers having fun won the day, and not even my terrible photographic skills could ruin it!  No idea why Part 2 beat Part 1 though.

Thanks again to all the great folks who attended Sci-Fi Weekender, hope you enjoyed the photos!

Thanks to YOU too, for choosing Platinum Al’s Virtual Hot Tub.  Your feedback and is always appreciated.  Here’s to another year of fun – all the best!