Welcome to another Singles Night at the Virtual Hot Tub with your host, Platinum Al!

As previous, I spent the evening listening to a stack of 45 rpm singles that I’d acquired over time from several sources.  Whilst imbibing some fine alcohol.  The following is a list of those singles, A and B sides listened to in order.

There are some particularly sweet slabs of vinyl in this edition.  As always, however, we’re never too far away from some rank cheese…

Note: the B-side of the Anthrax single is actually their track “Imitation of Life”.

I’m mighty proud of that selection.  Not that I had anything to do with it, the choice was random – I just took whatever disc was top of the pile and made my way through.

But what a bunch of scorchers!  One of my favourite Beatles tracks; Cream; Booker T; some classic metal and the Beastie Boys.  It doesn’t get better than that.

Or rather, it won’t.  Most of the rest of the pile of 7″ singles isn’t up to that quality…

Satan’s Satyrs – The Lucky Ones

Satan, eh?  Old Beelzebub has had a long-established association with rock’n’roll.  Most notably there was dear old Black Sabbath, or as I knew them in the late 60s, a bunch of hippies called Earth.  I remember well the day I lent Tony and Geezer (let’s face it, the brains of the bunch) some cash to go to the cinema for a break in rehearsal.  Lo and behold, the pair were inspired by queues for a horror film to rename the band in a scary manner.  They called themselves Black Sabbath, and an unholy cacophony known as Heavy Metal was born.

These Satan’s Satyrs lads may well be in league with the devil himself, I don’t know.  They do peddle a very enjoyable mash up of garage punk and 70’s proto metal, however.  Like Motorhead covering T-Rex songs, whilst a bunch of rowdy werewolf bikers have a drug party.

Opener “Thrill of the City” rages out of the pit and sets the tone nicely.  Most of the album follows suit and it’s as greasy as a week-old chip pan.  Muscular yet melodic dual guitars from Jarrett Nettnin and Nate Towle, with Clayton Burgess providing vocals and deep-fried bass and solid drums by Stephen Fairfield.

“She Beast” offers up a beautiful, big fat riff that really greased my gears.  That glam rock sheen shines through nicely on “Trampled by Angels” and there’s a change of pace somewhat with “Take it and Run”, which has a pleasant jangle.

In honesty it took a couple of listens to begin to appreciate “The Lucky Ones” – deceptively simple at first, yet revealing more gleaming gems when the grime was rubbed off a little.  A great, satisfying record and I’ll be investigating more of Satan’s Satyrs in future.

Oh, and Ozzy, if you’re reading this: if I could have back that tenner I lent you in 1969, I could really do with it.  Cheers.

The above review was originally published by Ever Metal – go check ’em out for more rock and metal reviews!

2018 was a great year for music.  So much so, that I struggled condensing all those tasty new tunes into a top ten – and I’m still not sure I’ve got it right.  There are several other albums that could have featured in an annual top ten, but for reason or other didn’t make the cut.

Anyway, those cool folks at Ever Metal asked me to put together a list of my ten favourite rock and metal releases for the year.  I did so, Ever Metal posted it, and I thought I’d share with my Virtual Hot tub readers too.

So here we go, in reverse order:

Hope you did a Smashy and Nicey voice in your head whilst you counted that down.

Some classic albums there, in my opinion at least.  Honorable mentions are due for Sleep, High on Fire and Satan’s Satyrs (amongst others) who just missed out.  Who knows, next week I might have changed my mind.

Finally, a big thanks to the Ever Metal team for having me on board.  It’s a real honour to be part of the team, and writing for the site has been one of my highlights of last year. Here’s to contributing more in 2019.  Cheers!

Visit the Ever Metal site here and check out some cool music! 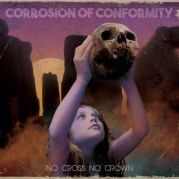 Happy New Year, everybody!  I’d like to wish all the visitors to Platinum Al’s Virtual Hot Tub the very best of times in 2019.  And thank you for sticking with me, popping along to dip your toes in the warm water and supporting this valiant endeavour.

Last year saw tremendous ups and downs for us all.  But throughout it all, the rock’n’roll world of the Virtual Hot Tub persevered, thanks to you!

A classic late 80’s skateboard created a warm nostalgic buzz, becoming one of the most successful posts of the year.

Only published in early December 2018, the second part of my NEC Comic Con write up has performed very well.

The sheer volume of pics from this years Sci Fi Weekender demanded a third post, which featured more cosplay antics to finish things off nicely.

Another live review, this time several bands headlined by The Crippens at the Tiv, has done really well for views – which is great to see.

The first part of our trip to Birmingham was an unsurprising success, chock full of my mediocre photos as it was.

This post from early December’s Comic Con in Wrexham did really well thanks to a loyal WCC fanbase and some great cosplay.

The second part of my SFW round up did very well, combining an over view of the event with loads of pics.  Of course, it was the cosplay pics people were interested in, though!

However the first part of my SFW campaign review was the most read blog post at the Hot Tub for 2018 – performing amazingly.

A few surprises there – nice to see the gig reviews being well received.  However the triumph of the Comic Cons was pretty much a no-brainer!

Thanks once again to all of my readers – you make Platinum Al’s Virtual Hot Tub the success it is.  Here’s a toast to more fun and games in 2019!