Best years of my life? 15/16 years old, skateboarding all day and hanging around with my friends.  It was the late 1980s, and the days of the 180 Boneless, No Comply and learning to Ollie.  Back when kickflips were the raddest trick in the car park – except we called them “Ollie kickflips” back then.

This was also the time when I started to really veer off the obvious track as far as music was concerned.  Skate videos and Thrasher magazine began to open up a whole new world of music.  Sometimes these bands would enter the mainstream a couple of years later; sometimes they never did.

I remember hearing a great song on a Vision video.  I had no idea what the song was called, but worked out from the credits that it was most likely performed by the Descendents.  I recorded the song onto cassette off the TV as there was no other way to hear it.  A few months later, on a skate buying trip to Manchester, I stumbled across a record shop that stocked a few records by the band.  I had to buy one: taking a gamble on “All” as it featured a song called “Coolidge”, which fitted the lyrics of the track I loved.  I was so stoked when I got home, played the vinyl and heard the song I was hoping for!  Great album, all in all.

This practice of researching and hunting became a big feature of my relationship with music ever since.

Skating all day, then listening to music in the evening was a big part of my teenage years.  This playlist is designed to reflect those days: music I enjoyed back then and became the soundtrack to that time.

Some songs featured in skate videos (McRad, Odd Man Out).  Some were checked out after I saw them advertised or reviewed in Thrasher (The Cult, Misfits).  Others were just part of the current soundscape, and are forever linked with those halcyon days.

Here’s the playlist I made, split into a two CD format:

Some of the above tracks I owned on vinyl or cassette back in the day; some I found in later years.  There are still plenty of other bands from skate videos that I either still haven’t tracked down, or as I didn’t own them at the time I’ve omitted for now.

Instead, this is a basic playlist to represent my late 80s skateboarding days, boiled down to the bare essentials.  I hope you enjoy and these bring back some memories.

And this sin’t an exhaustive list: how Anthrax and Run DMC didn’t get included is baffling.  Maybe I can expand with some more for a Part 2…

It’s Vinyl Night!  Once again, Halcyon Dreams hosted the Bring Your Own Vinyl Night at the Queen’s Head in Mold, North Wales.  An evening of beer, good company and – of course – spinning tunes!

You know the drill by now, so I’ll fast forward straight to my set.

There was a theme this time, which I stumbled on whilst playing these records over the previous months.  I decided to play songs that weren’t performed in the English language, which produced a few interesting ideas.  Here are the ones that made the cut:

As I was in Mold, how could I not kick things off with something Welsh?  Anhrefn were a superb Welsh language punk band that I saw several times back in the early 90s.  I had a cassette of their album “Dragon’s Revenge” from those days, and successfully tracked down a vinyl copy not long ago.  This is actually two tracks – sorry, a bit sneaky: “Molly Melys” is a traditional folk song evoking Celtic tradition.  It’s a short, mellow introduction before it suddenly erupts into “Rhedeg I Paris”, a fast paced, energetic, melodic rocker in the vein of the Clash.  Fantastic!

This is, of course, the Cypress Hill track “Insane in the Brain” but performed with Spanish lyrics.  Taken from “Los Grandes Exitos en Espanol” – their Greatest Hits in Spanish – and for some reason these versions just sound even funkier in Spanish.  I love the whole album for that reason.  Check it out, I recommend it. 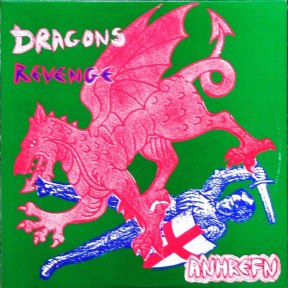 This isn’t the “funk metal” Faith No More you may know.  Rather, this is a kind of smooth jazz-funk hybrid from the album “King for a Day… Fool for a Lifetime”, here performed in Italian.  Apparently singer Mike Patton is multi lingual and there are versions of this track in several other languages too.  It’s a great song, showing FNM stretching out and writing something across musical boundaries: and it really works. 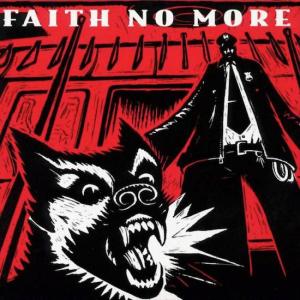 And finally, I went with this French language pop punk/faux punk/new wave confection.  It’s a fun little treat that bounces along with a life of it’s own.  Loads of fun to end the set.

That was it, set over.  All songs in different languages.  I could have chosen a few others (I have a record by Kvelertak in Norwegian) but I figured that would do.

A great night again – thanks all!  Who knows if there’ll be a theme next time.  I’m just looking forward to another Vinyl Night!