Hit singles! All time classic songs! Novelty throw-away rubbish! From the cool to the crap, it’s all to be found at Platinum Al’s Virtual Hot Tub on a Singles Night.

You see, what I do is, listen to a pile of old 7 inch singles that have been languishing in my “not played yet” pile. They could have come from anywhere: genuine gems that I’ve tracked down; record fair lucky finds; or – more likely – junk I find in charity shops.

Pour yourself a drink and check this list out. Do you own any of these on vinyl? What are your favourites? What should be consigned to a fiery pit and melted down?

Some classics indeed. Another great night of a couple of small drinkies and spinning wax: I recommend it to anyone.

It’s been a long time since I wrote a Classic Albums post.  Nearly four years, sadly.  But now it’s time to get back to the heart of what this blog was supposed to be all about in the first place.

Ladies and gentlemen, welcome to my Classic Albums.

Metallica’s third album, released in 1986, has long been regarded as the probably the best recording the band ever made.  Not only that, but one of the greatest metal albums of all time.  “Master of Puppets” is a monolithic album with an immense scope; hugely varied and still surprisingly experimental.

At the time I first heard this record, around 1987, I was listening to bands like Van Halen, Queen and Def Leppard.  A friend lent me a cassette of “Master of Puppets”; I was keen to try it out as there was such a buzz about this band.

Every time I hear the opening guitars of “Battery”, I’m transported back to that first listen.  And I remember how extreme it sounded to me at the time – I’d never heard anything this brutal before.

Following that was the title track, which was the most complex heavy composition I’d experienced.  A melodic instrumental section lulled me into a false sense of security before the relentless riff attack recommenced.

It was third track, “The Thing That Should Not Be”, that opened my eyes though.  A massive, monstrous riff that hooked me straight away.  That song was heavy and eerie all at once; it became a favourite that I still love and slowly, yet with growing confidence, I began to explore this album.

“Welcome Home (Sanitarium)” begins with a mellower introduction and as such it’s one of the easier songs to appreciate on first listen.  Repeated plays over the years has dulled the impact of this track, for me personally – though it surprises me how good it actually is when revisited.

Side Two of the album Kicks off with “Disposable Heroes”, is an anti war song that is intense and powerful.  One of my favourite tracks.  Then there’s “Leper Messiah”, a monster riff that incorporates faster sections as it proceeds.

The absolute highlight of the album is “Orion”, a fantastic prog-metal instrumental spanning over eight minutes.  This epic track proves beyond all others just why Metallica were – and still are – light years ahead of other thrash bands.

Finally, the last track – “Damage, Inc.” – is a violent berzerker of a song that might just take your face off.

With “Master of Puppets”, Metallica challenged themselves and their fans, as they expanded their sound and manifesto further than ever before.  If you want fast thrash, you’ve got it here.  Want heavy, down-tuned Sabbath riffs?  You’ve got that too.  There are even melodic sections that are actually enjoyable – and still uncompromising.

Metallica were utterly fearless in writing and recording this album, unafraid to try new ideas and never rest on past glories.  It’s not as heavy to my ears as it was on first listen thirty years ago, but every new spin of this record still has the power to thrill.

“Master of Puppets” is a timeless metal masterpiece.  It’s one of the essential records in my collection; it’s status a massively influential rock album – metal or otherwise – is assured for all time.

Best tracks: The Thing That Should Not Be, Orion, Battery, Master of Puppets, Disposable Heroes.

Rock’n’roll lost another legend recently – the one and only Malcolm Young of AC/DC.

I’ve been a fan of AC/DC for a very long time – they were one of the very first hard rock bands that I listened to.  “Who Made Who” was the first song of theirs I heard and was absorbed by.  Later on the “Blow Up Your Video” album came along and I was hooked.

A couple of years later, in a rip-off Hard Rock Cafe in Berlin, I heard the “Highway to Hell” album and was re-introduced to the earlier AC/DC recordings.  I was that enraptured by the title track that I went out and bought a copy the next day – I couldn’t wait to return home to buy it.

I’ve still got that vinyl album now, along with many others.

I could write all day about my favourite AC/DC albums and songs; write list after list and enthuse forever about how great this band are.

Malcolm Young was the anchor of AC/DC – the perfect bridge between the super-tight rhythm section of Cliff Williams and Phil Rudd and the upfront lunacy of Angus.  Angus, the younger brother – along with unforgettable Bon Scott and good old Brian Johnson – were the focus, but Malcolm was the heart.

Malcolm held it all together, and not just playing live – he was essential to writing of all the band’s material and developing their entire simple-but-effective ethos.  He’s been called the greatest rhythm guitarist of all time, and I agree.

A warm welcome back to Bring Your Own Vinyl Night, at the Queens Head pub in Mold, North Wales.  It’s been a while since the last event, so I had plenty of ideas for what to play.  Events would alter those plans somewhat, however…

To recap, Bring Your Own Vinyl Night is exactly what it says on the tin: you bring along some records, and get a fifteen minutes slot to play whatever you like.

I’d originally planned an entirely different set list, but following the tragic news of Chris Cornell’s passing, I developed a tribute set instead.  As one of my favourite ever musicians, it wouldn’t have been right not to.

My set went as follows:

Temple of the Dog – Hunger Strike

Mother Love Bone were primed to be next big thing in rock; sadly the death of their singer Andrew Wood from a heroin overdose put an end to that.  The Temple of the Dog album came about as a tribute to Wood, from his band mates Stone Gossard and Jeff Ament, and his friend Chris Cornell.  Joining them were Soundgarden drummer Matt Cameron and guitarist Mike McCready.  The music showcased a different aspect of Cornell’s writing, and provided a heartfelt tribute.  On this song, vocalist Eddie Vedder makes his debut, sharing the vocal spot with Cornell on a superb performance.  Of course, many of those names would go on to form Pearl Jam.  This album has tons of memories for me and features some amazing music, Hunger Strike being a highlight.

Soundgarden – The Day I Tried To Live

I was a huge Soundgarden fan; trying to select just a couple of songs was immensely difficult.  I chose this song as it showcases Chris’ amazing voice to great effect, plus the composition is superb: the song builds brilliantly to the massive chorus.  The effect is a song that sounds exactly like carpe diem gone wrong, thwarted by a frustration that is captured brilliantly in the vocal.  Taken from the completely essential “Superunknown” album, which is crammed full of absolute gold.  A record I played non-stop in my younger days, and still return to regularly.

Temple of the Dog

Soundgarden – Burden In My Hand

“Down on the Upside” was the follow up to “Superunknown”, though to me it never reached the heights of it’s predecessor.  This song was one of the best on that set, written by Cornell and again featuring that incredible voice.  A fairly jaunty number to, so I wasn’t ending on too much of a downer.  I’ve re-visited “Down on the Upside” recently and it’s far better than I remembered it.  However making this selection was very difficult, as it meant nothing from the wonderful “Badmotorfinger” record would get a look in. 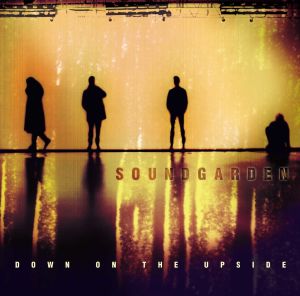 So there you have it, my tribute set to the late, great Chris Cornell.  A fantastic musician, singer and song writer – and someone who has written music that has been a massive part of my life, through the ups and the downs.

A great night with some awesome sets, including from my buddies Adam and Graham.  Not to mention Kev playing a lethal track by Electric Wizard, which I didn’t expect!  Here’s hoping there will be another Bring Your Own Vinyl Night soon.

Writing this memorial piece is a hard thing to do.  I was a massive fan of Chris Cornell and had been for many, many years.  I was left stunned, then in disbelief, and finally great sorrow when I stumbled on news of his death early that morning.

I had discovered Soundgarden with their “Louder Than Love” album back around 1990.  Music back then was shifting; I’d been listening to what would become “alternative rock” for some time and Soundgarden fitted right in with my tastes.  Along with other bands of the time like Jane’s Addiction and Mudhoney, I liked these bands that were able to meld classic heavy rock with a punk approach.  Bands like Soundgarden threw influences across the musical landscape into one pot.

When “Badmotorfinger” was released, I became a full on Soundgarden devotee.  The band soundtracked the ups and downs of my student life, the good times and bad.  The excellent “Superunknown” album cemented this noise in my affections even further.

Their sound evolved as Soundgarden explored and developed.  The riffs could still be inhumanly heavy, but there other sounds filtering through – from the whimsical to the psychedelic.  Listening to those albums was an experience that took the listener on a journey through different sounds and textures, feelings and emotions.

And of course, there was that amazing voice.  Chris Cornell could croon soothingly or wail like a tormented banshee – an awe inspiring ability that added yet more colour to the band’s sound.

Following Soundgarden’s split, I followed Chris’s musical journey through his solo endeavours and work with Audioslave.  I also loved his Bond theme – “You Know My Name” from Casino Royale.  I’ve played that many times to psyche myself up before a challenging situation, I can tell you.

I’ve tried to edit these recollections down, but revisiting some of the touch points in my life – where the music of Chris Cornell (and band mates) has been integral – goes some way to understanding the respect I have for the man and his legacy.

Sadly, now he’s gone.  I never saw Chris Cornell live (I went to Reading festival in 1994 but Soundgarden pulled out at the last minute) and I’d been looking forward to more music in the future.

It’s heart breaking to know that Chris is gone, and there’s no more music.  We’ve reached the end of that journey.  But what a legacy he’s left.  I’ll revisit those records again and again.  Though full of reminiscences of my past, those songs and performances are immortal.

I won’t speculate on the nature of Chris’s death, it’s not my place.  There are dark places that the human soul can go to.  It’s just incredibly sad.

Thanks for the music, Chris Cornell.  An exceptional musician who has left an indelible mark on millions of us.

“Heaven send
Hell away
No one sings
Like you anymore”